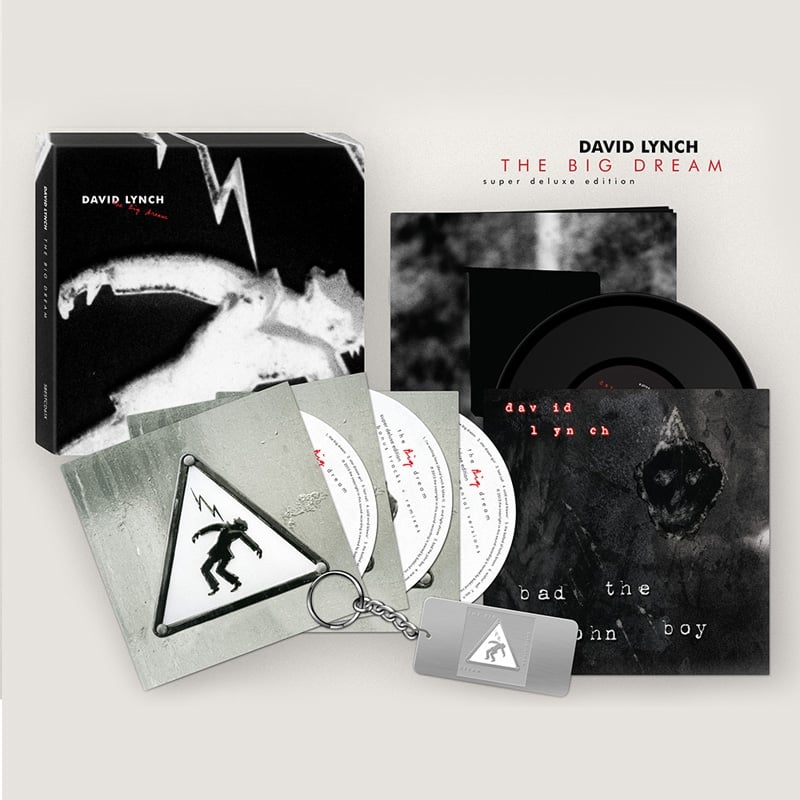 ‘The Big Dream‘, the sophomore album from David Lynch, was one of 2013’s most acclaimed albums, being lauded for it’s striking singularity and extraordinary breadth of vision. Now it has been reborn as a Super Deluxe edition in the form of a stylish limited edition box set, of which there are only 500 produced worldwide.

The Super Deluxe box set includes a triple disk featuring the full-length album, exclusive bonus tracks and remixes, as well as instrumental versions of all the original songs.

The two previously unreleased tracks, ‘And Light Shines’ and the harrowing ‘Bad the John Boy’, were conceived during the recording of ‘The Big Dream‘ and are available to hear now. There are also remixes of album tracks by the likes of Bastille, Hot Since 82, Bjorn Yttling and Venetian Snares, who twists the title track into something far from your typical dance remix.

The Boxset is complete with a booklet featuring the lyrics and original photography by David Lynch, foldout poster of the album artwork and a limited edition number-etched keyring.