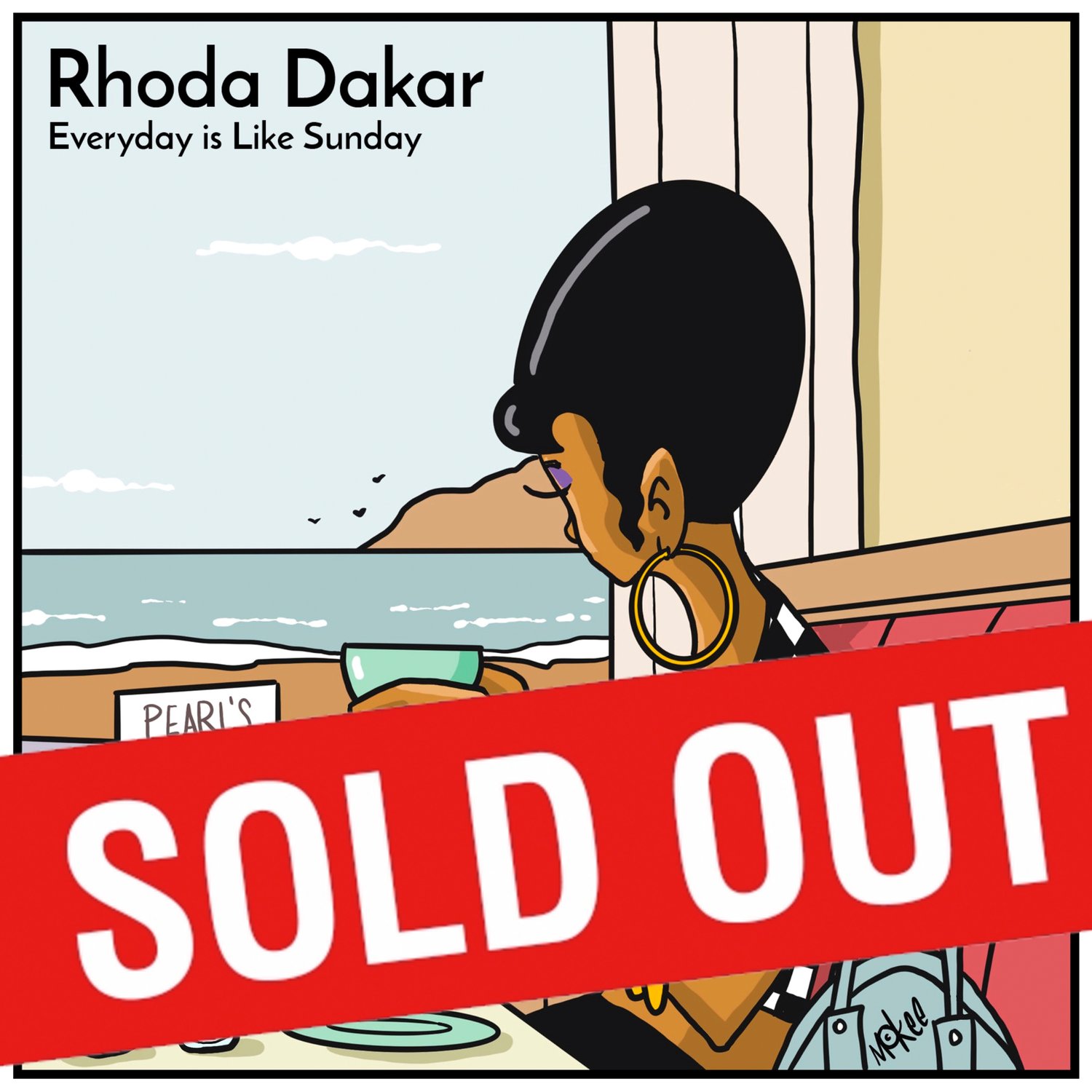 “During the first lockdown, trapped in my frontroom looking out over London, this song was my earworm. It never went away. Late summer 2020 we had the chance to get into the studio, in a socially distanced fashion. The track we recorded sounded good, very good and we smiled.”

On the flip is an excellent dub version produced by Lenny Bignell who has worked with artists ranging from Susan Cadogan to Roy Ellis, and the 7” has been cut and mastered by Jason at Transition who has worked on multiple projects from artists such as Burial, DMZ, Flying lotus, Skream and many more.

Rhoda Dakar began her career as lead vocalist with all female 2Tone band, The Bodysnatchers. She has also recorded with both The Specials and Madness. A respected DJ, Rhoda toured across Mexico, USA, Europe and the UK in 2019 and Australia in 2020.

She has also collaborated with the Dub Pistols on their single ‘Stand Together, with a US civil rights themed video, which was coincidentally released at the height of the Black Lives Matter worldwide protests. Still a campaigner and local activist, she is variously a patron, a Chair and an NHS governor.

The 7” sleeve is designed by distinguished Sheffield based artist Pete McKee. McKee has forged an artistic career that over the years has attracted a worldwide following. Having grown up on a council estate during the 60s and 70s in Sheffield, McKee’s work explores themes including working class culture and humour. His works are also painted on various buildings across Sheffield, becoming landmark attractions in their own right.

In 2011, Pete McKee opened the McKee Gallery in his native Sheffield. His 2018 show, ‘The Class Works’ was an instant hit and sold out seeing over 10,000 visitors. He has also worked with Paul Smith, the Arctic Monkeys, Richard Hawley, Oasis, BBC 6 Music, Disney, Warp Films plus many more.