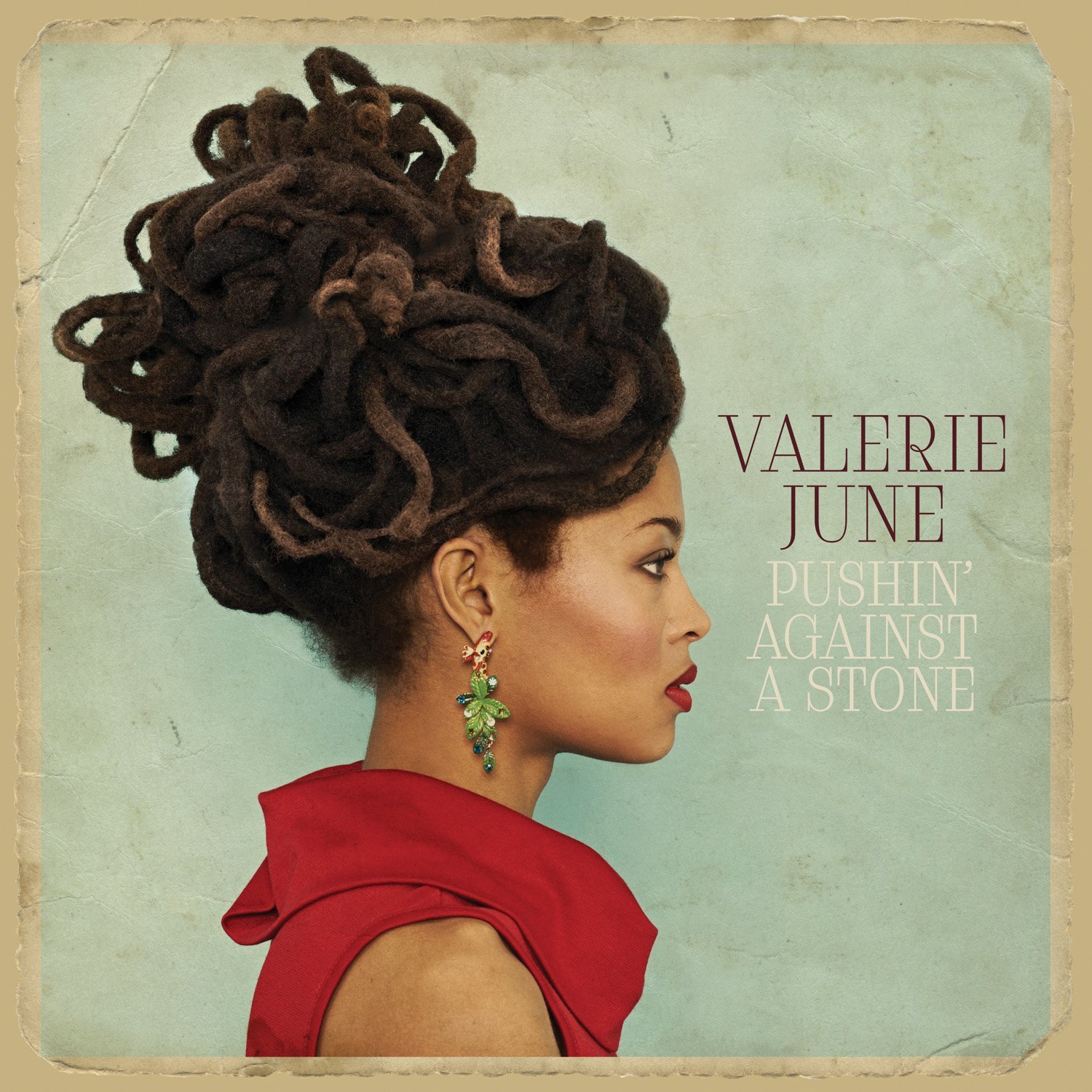 Valerie June - Pushin' Against a Stone

On the 6th May 2013, Jackson, Tennessee’s Valerie June released her new album ‘Pushin’ Against a Stone’ through Sunday Best. Valerie June is a self-taught musician, singer and songwriter whose achingly beautiful vocal coupled with a stunning and emotive amalgamation of folk, blues, gospel, soul, Appalachian and bluegrass places her as at home with century old roots artists of years gone by as it does with her modern contemporaries. Valerie came to the fore after a mesmerising debut UK television performance of ‘Workin’ Woman Blues’ on BBC’s Later… With Jools Holland last November. She went onto wow audiences supporting Americana legend Ryan Bingham during the UK and European leg of his tour. On a recent trip to the UK she took the stage supporting one of the most exciting British singer songwriters to emerge on the scene; Jake Bugg before headlining her very own show at London’s 100 Club to a sold out crowd.

The 100 Club gig marked the release of Valerie’s single ‘You Can’t Be Told’ written by Valerie with Dan Auerbach (multi-Grammy winners The Black Keys) and Kevin Augunas (Edward Sharpe & The Magnetic Zeros, Florence & The Machine) and recorded at Dan’s Easy Eye Studio in Nashville along with several other tracks on the album ‘Pushin’ Against a Stone’. ‘It was crazy there’ Valerie says ‘it was like a candy store of instruments and tape machines.

He must have been collecting this stuff for years, old microphones lined up like an army, all kinds of banjos and mandolins. That’s one of the reasons I wanted to work with them. It’s no surprise to me they’re able to recreate that vintage sound from the 60s and 70s because of their equipment and their knowledge of how to use it.’ The album also features another Grammy award winner, the legendary Booker T. Jones.