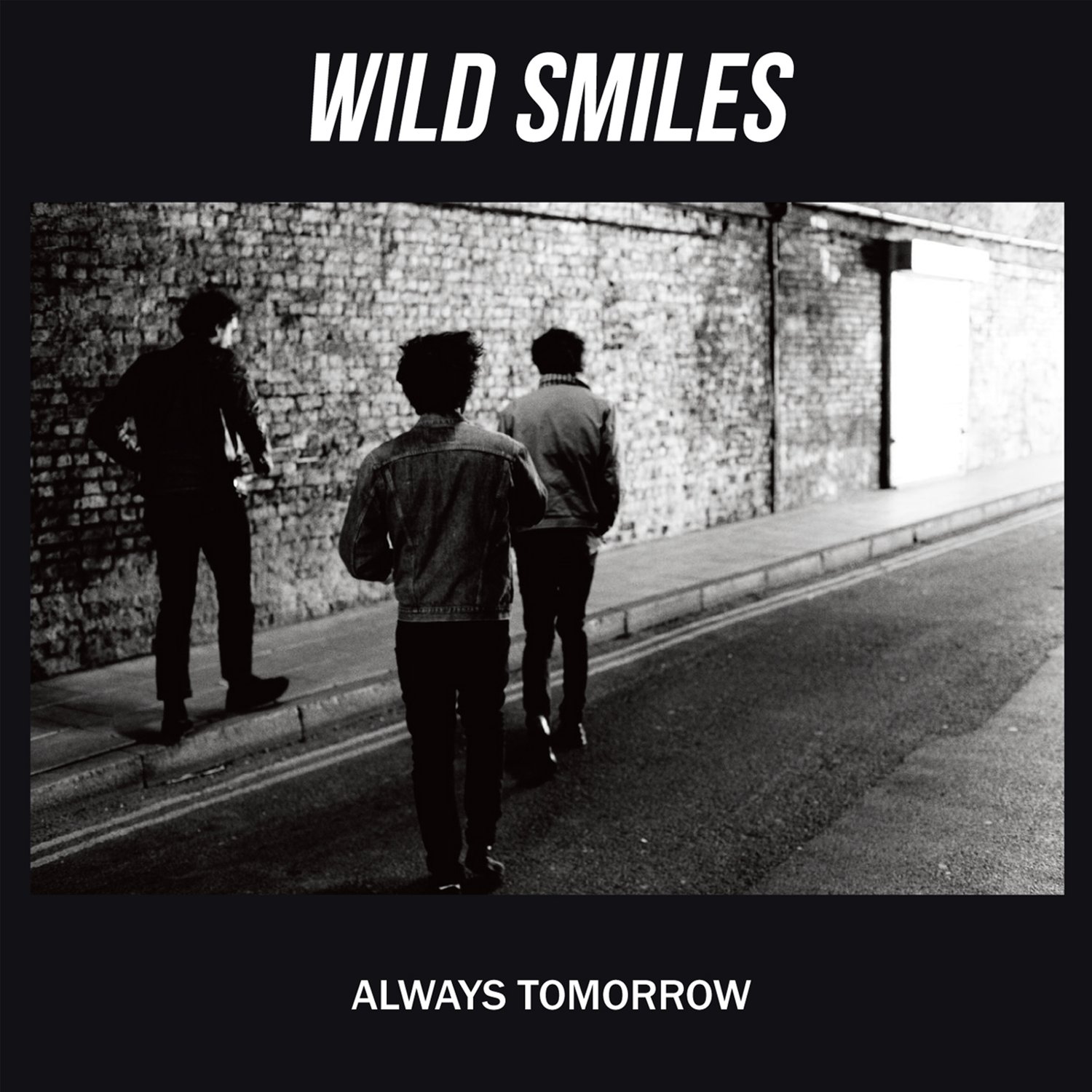 Release date: 27.10.14
"We hear Nevermind-era Nirvana in here; crisp, hooky, youthful guitar angst, delivered briskly and efficiently. This is no-nonsense rock from fresh talent that speaks to their peers directly whilst the rest of us can appreciate their universal message of frustration with society around them too." - Record Of The Day

“A band who sound simultaneously like the Beach Boys, the Velvet Underground, the Jesus & Mary Chain & Dinosaur Junior” - The Guardian

“Dynamic, unpredictable.. Something you can genuinely immerse yourself in" - DIY

Hailing from Winchester, Wild Smiles were amazed when their first forays made such a splash. Their 2013 7”,Sweet Sixteen/Tangled Hair, took in elements of Beach Boys surf pop, Velvet Underground drones, Wall Of Sound beats, Jesus & Mary Chain low-fi garage clatter and Nirvana filth. A dazzling stew of sound, it was simultaneously classic, timely and forward thinking – it seemed amazing no one had smashed such sprawling decades of music together before.
A five-track Wild Smiles EP followed on Geoff Barrow’s Invada label that summer, led by the MBV-flecked Take Me Away, and, in that song’s spirit of escape, the band hit the road for much of the rest of the year, earning their touring chops before going on to sign with Sunday Best.

Wild Smiles then took time out to concentrate on honing their songwriting, determined that every track on their debut album would be a classic. Their sound expanded – the likes of The Ramones, Pulp and Dinosaur Jr crept in. And Chris Peden blossomed as a lyricist. Tracks like the thrash-pop The Gun hark back to past traumas with a previous band; while the free download single Fool For You is “a simple love song.” The album traces a thematic arc of growing up and getting out, the struggles of the debt-heavy, priced-out youth generation.

Indeed, many of the songs on the album tackle issues that most other young bands are too scared or ignorant of to approach. Hold On was inspired by a friend of Chris’ who sadly killed himself, and faces up to the hopelessness of British youth in 2014. “People my age can't get a job,” Chris sings. “Nothing to do, it’s so fucked up/People my age can't get a job/Get a house, get a car, get a life… who’s there for us?” While I’m Goneand the single, Never Wanted This, are bold rejections of the mundane sort of life we’re expected to settle for: “I could get a job I could wear a suit/A monkey in a suit to make some money”.